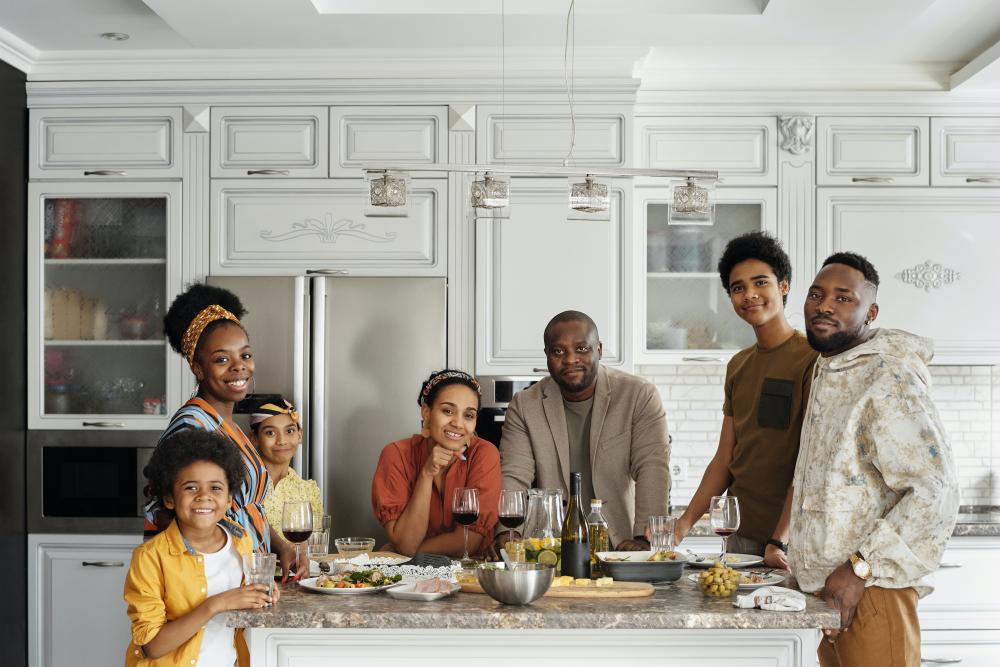 We’ve all seen it on TV. Nothing is more American than Thanksgiving Day. This moment where families get together around a warm meal marks the beginning of the "holiday season" in the United States and today mainly celebrates togetherness.

The name Thanksgiving is perfectly clear: "Thank you for giving". It was originally used by the Pilgrim Fathers, who arrived in North America in the seventeenth century, to thank God for the abundance and quality of their crops. This is where the traditional yet unique Thanksgiving menu comes from: turkey, pumpkin, sweet potatoes, pecan-nuts etc. Food that was discovered by the newcomers when they first arrived.
It wasn’t long for the festival to become detached from its religious beginnings. The date at the end of November was finally chosen so that the festival could be celebrated nationwide. It has been celebrated on the fourth Thursday of November since Franklin D Roosevelt.
This year, Thanksgiving in the United States falls on November 22. However, in other countries all over the world it has already taken place, on October 8 in Canada, November 1 in Liberia and October 25 on the Caribbean island of Grenada, to give a few examples. Behind the term Thanksgiving hides an ancient tradition, as old as agriculture itself: Harvest.

In Greek Antiquity, the Pyanepsies were held late October-early November, during which  the first dry vegetables of the year were offered to the Gods to thank them for having favored the harvest. The Jewish Feast of Tabernacles - or Sukkot - mentioned in the Old Testament, brings religious believers together around meals evoking the idea of social equality, accompanied by prayers of thanks to God for the fertility of the earth.

Thanksgiving is therefore not a festival that was invented by the first Europeans who settled in America, but an ancestral tradition that they imported and adapted to the New World.

In the Netherlands, two Thanksgivings are celebrated. The first, Dankdag, takes place on the first Wednesday of November in Protestant churches, and once again is an occasion to thank God for the harvests.
The second is celebrated on the same day as the US Thanksgiving at the Pieterskerk Church in Leiden, in memory of the many colonists who lived there before founding the American colony of Plymouth (where the first American Thanksgiving is said to have been celebrated), were many British were present. They were passengers from the Mayflower, and boats of the Pilgrim Fathers which followed it, who had been taking refuge in Leiden, Netherlands, since 1608, to practice the Protestant religion.

Harvest festivals are also held every year in Germany (Erntedankfest, on October 6, which is also the day of celebration of the German-American friendship), and in the United Kingdom between late September and late October (resuming a pre-Christian Saxon tradition).

Thanksgiving was also introduced on November 23 in Japan during the US occupation (勤労感謝の日 Kinrō Kansha no Hi). It is a holiday that celebrates work, production and mutual thanks. This day is based on the ancient Shinto harvest festival (Niiname-sai, 新 嘗 祭).

In addition to the holidays directly related to American Thanksgiving, there are harvest festivals in India (Thai Pongal, in January, also celebrated in Sri Lanka and Malaysia). In Senegal, the Diola people celebrate Kamagnene which means "cook the new rice", and is a time to thank the spirits for giving abundant rainfall allowing for a good harvest season. There is also the Mid-Autumn or Moon Festival, one of the most important celebrations in China and various countries of Southeast Asia, at the end of September (on the 24th this year), which celebrates the unity of the family and the gathering, and which has been around for at least 1500 years.

Since time immemorial, the idea has been the same: celebrating nature for the food it provides, and enjoying the pleasure of being together.

Wherever you are in the world or whatever your tradition: Happy Thanksgiving!